The story our Mohair rugs from Siirt

We fell in love with these rugs (Are they actually rugs? Read on...) when we were living in Istanbul back in 2012. Starting Anatolico wasn't even a concept then, but we had to bring them over now that we took on the mission to introduce you to handmade textile works of art from Anatolia!

We love this large white mohair rug we have in our living room these winter months!

Not only is it warm but also non-scratchy soft and hypoallergenic so we don't have to worry :)

Now, these rugs are called Siirt Battaniyesi, which translates to Siirt Blanket, Siirt being a south eastern Turkish town. They are very warm, and traditionally they are used as blankets. This is how the land around Siirt looks like: Siirt is where they are mostly woven nowadays, but their origins lie in local Turkic nomadic tribes called Yoruks that have been making these since forever. The Yoruks' goats, sheep, camels, and sometimes cattle are their main source of livelihood. As life revolves around the heard and grazing pastures, during the summer, they go up to the mountains, and in the winter they come down to the coasts. Fun fact, children are raised by the tribe as a whole.

The "wool" used for these Siirt rugs comes from a very special kind of goat, the Angora goat. These goats have been living on the Anatolian plain since the old stone age, and this is what they look like: You'll see that they look like sheep, but they are not actually directly related. If you see the word Mohair anywhere, that's just how the wool from an Angora goat is called. These goats are mostly white, but they do have shades ranging from gray and black through browns and tans. Fun fact: Angora the name comes from Ankara, Turkey's capital. There are also Angora cats and rabbits! These Mohair rugs feature simple geometric patterns, mostly stripes, in the natural white, black, gray, brown or tan color of the wool. After they are woven by hand on an old-school loom, they are also combed in a way that brings out a diamond- or checkered-shaped pattern. This is how they are made even today. We were lucky to find a video of a young man weaving one on a traditional loom, you can also see him combing the patterns into the rug as well in the second half of the video. 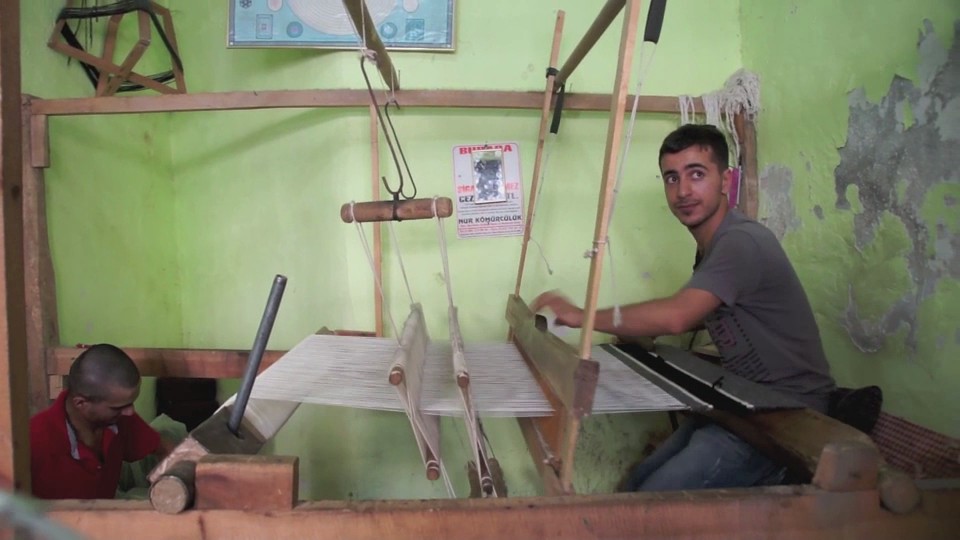 You'll find all our Mohair rugs in our home collection. We have three sizes, all of which have many patterns to choose from.


Some interesting reads we came across while writing this post or... links for geeks:

Subscribe to our newsletter and enjoy 15% off your first order.